New members to the Association of Salesian Cooperators 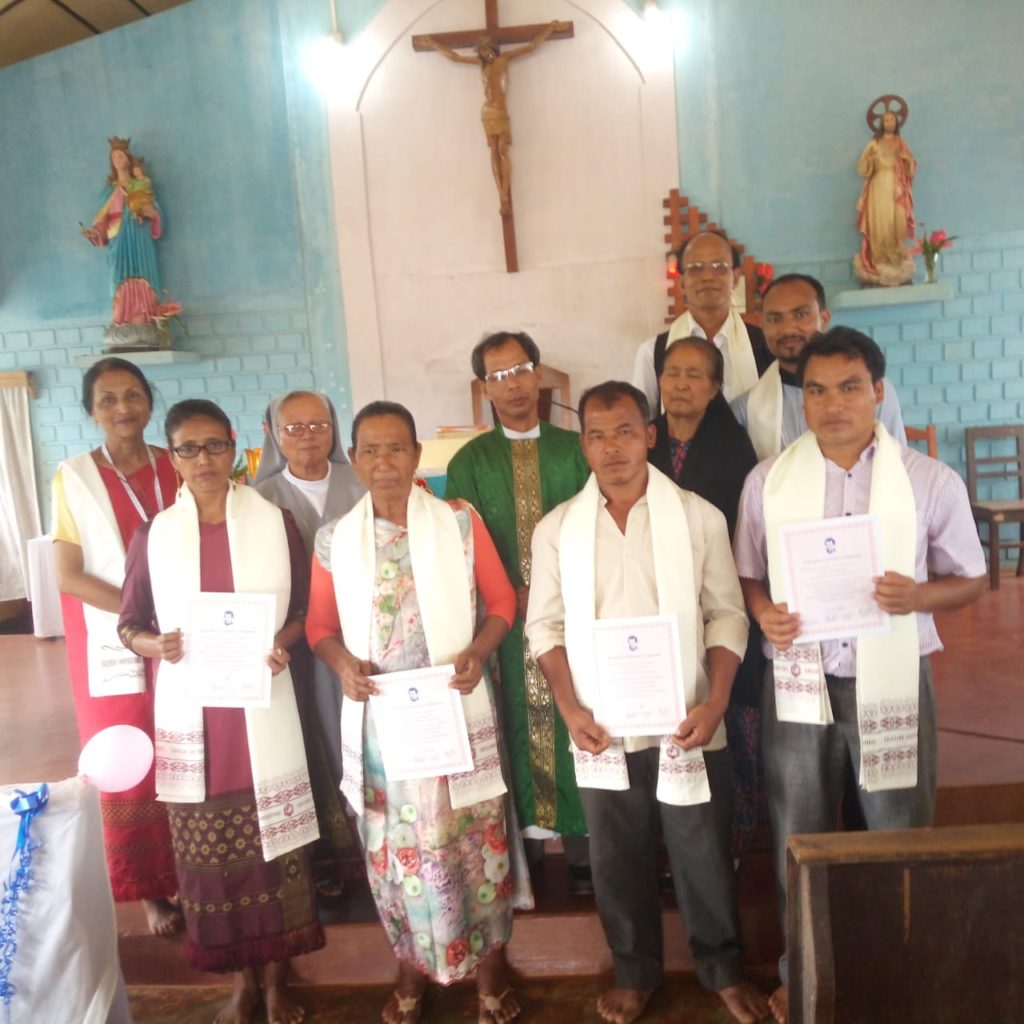 14 July 2019 marked an important day for the Salesian Cooperators of Shillong Province when four more members were added to the association through the promise taking at Umden Centre. The promise-taking took place at the Parish Church of Mount Sinai, Umden with Fr. Peter Syiemlieh SDB, Parish Priest as the main celebrant at the Holy Eucharistic celebration.

The four Salesian Cooperators holding a lighted candle in their hands were accompanied to the altar by Mrs. Benita Marbaniang, the Provincial Coordinator and the Provincial team. Soon after the promise taking the four new members were given certificate of membership in the association.

It is noteworthy to mention that the Salesian Cooperators of Umden Unit was established in 1989 and now the members have reached 19 in number. These newly promised members have journeyed more than two years in preparation for this great day. As part of the immediate preparation on 13 July Mr. Anthony Laloo, Mrs. Benita Marbaniang, Provincial Coordinator and Mr. Nicholas Nongtdu, Secretary animated them. Present on the occasion were the faithful of Umden Parish and the Salesian Cooperators from the various units of Nongpoh, Nongthymmai and Bellefonte which made the Parish Church packed to its capacity.